A Tour of the English Lakes: with Thomas Gray and Joseph Farington RA, by John R. Murray 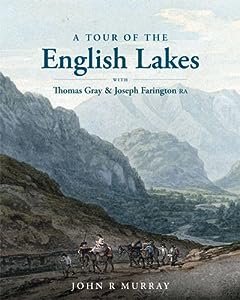 (click images to enlarge)
£14.99
As of 2021-02-27 22:25:44 UTC (more info)
Not Available - stock arriving soon
Buy Now from Amazon
Product prices and availability are accurate as of 2021-02-27 22:25:44 UTC and are subject to change. Any price and availability information displayed on http://www.amazon.co.uk/ at the time of purchase will apply to the purchase of this product.
Product Information (more info)

Description of A Tour of the English Lakes: with Thomas Gray and Joseph...

This is a very interesting read. It is a book in three main parts: Thomas Gray's Journal of his tour of the Lake District in 1769, eighteenth century watercolours from Joseph Farington, with engravings, and a lengthy section in which the 18th century art is shown alongside corresponding photographs of the early 21st century. In a lengthy and informative introduction John Murray explains the background to the writing, the paintings and the engravings as well as the pains to which he had to go to bring them together in this fascinating volume.  At the end are some further drawings.

It is interesting to see how little many parts of the Lakeland landscape have changed over two and a half centuries, and in some cases how much. One particular type of change has been the planting of trees that have altered or even obscured some previously lovely views. This confirms my own prejudice that over-planting of often inappropriate species combined with today's protection of trees has on balance been bad for the Lake District. I admit that this has been a prejudice without much factual base but I like to think that at least to some extent it is now justified.

This is surely a "must read" book for anyone who is interested in the way the Lake District has developed over recent centuries.

only £9.99
Not Available
View Add to Cart

Gardens of the Lake District 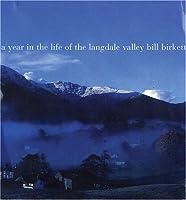 A Year in the Life of the Langdale Valleys

only £14.99
Not Available
View Add to Cart
CERTAIN CONTENT THAT APPEARS ON THIS SITE COMES FROM AMAZON SERVICES LLC. THIS CONTENT IS PROVIDED 'AS IS' AND IS SUBJECT TO CHANGE OR REMOVAL AT ANY TIME.